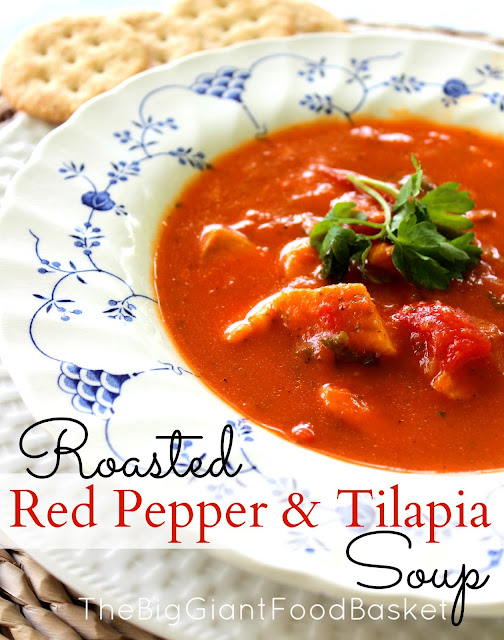 I love this soup!!! It's actually a twist on a red snapper soup recipe I have in one of my old cookbooks. I couldn't get the red snapper so I went with the less expensive fish tilapia, and I used roasted red peppers instead of plain peppers. This soup is easy and low on the carb scale. So if you need a no-fail main dish or even a no fail-starter, you can rely on this rich tasting soup with just a little kick of cayenne! 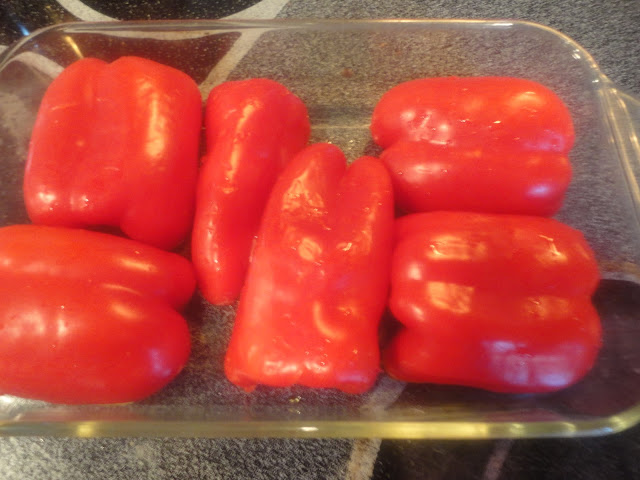 To roast peppers cut them in half,remove seeds and white membrane. Place cut side down in baking dish and place in readied broiler for 15 - 20 minutes, until skins turn black. Remove from oven and put peppers in a plastic resealable bag, let stand for 15 minutes. Remove from bag and let cool before peeling off the skins. They should be easy to remove by simply peeling up where they are charred. After peeling, chop red peppers. 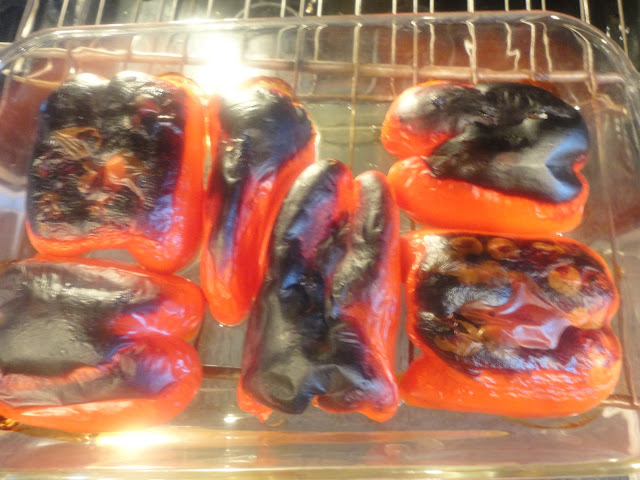 In a large pot, saute the onion in olive oil until translucent. Add the red peppers and the chicken broth along with both the black and red pepper and parsley and let simmer for 15 minutes. 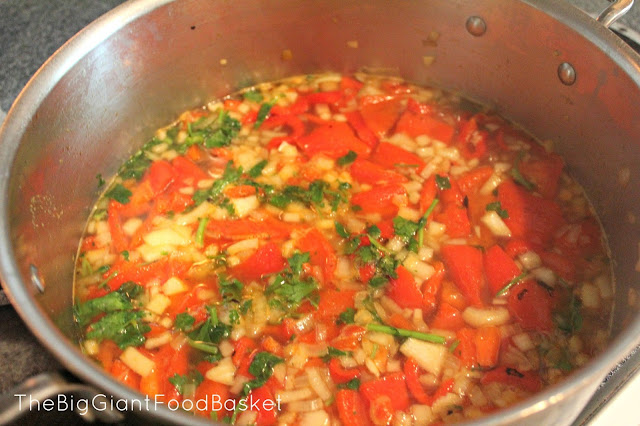 Let cool slightly and place in mixture in blender, reserving just a small about of the peppers to and toss back into the blended soup. Pour contents of the blender back into the pot, add the fish and reserved peppers and heat soup through. Garnish with sprigs of parsley and serve!
Posted by Barbara @ 21 Rosemary Lane