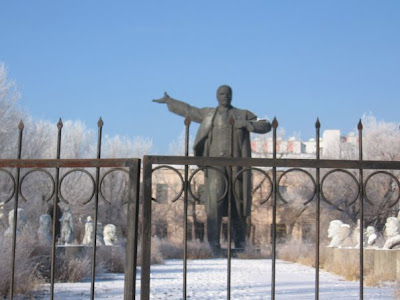 In 2005 my husband Chris and I received the invitation to travel to Kazakhstan in order to adopt our two children Michael and Grace. Kazakhstan is located in central Asia with the major border countries being that of Russia, China and Uzbekistan.  Kazakhstan is the 9th largest country by land mass in the world and it is the largest land locked country in the world. Since Kazakhstan is land locked its weather consists of extreme winters and summers. We flew in November so the weather in Kazakhstan had already started to take a downward plunge. We were slated to stay in the country for four full weeks. During the four weeks the first two were spent meeting our new children and bonding with them. Then we were to have a week in which we had our court date and finalize any paperwork that needed to be completed in the region where we adopted. The final week was spent in one of the country’s major cities, Almaty, to have the children’s required physicals done and again complete more paperwork at the US embassy. 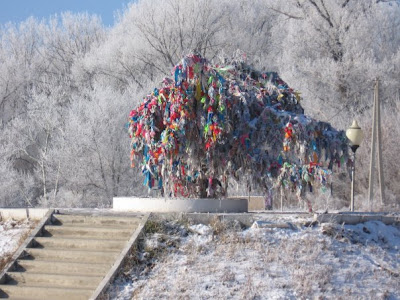 The Wishing Tree, Semey, Kazakhstan
Small pieces of material are tied to the tree's branches and a wish is to be made while doing so. We did put a piece of material on the tree and made our wish!!!


During our time in Kazakhstan we had the chance to sample some of the native cuisine. Traditional Kazakh includes mostly milk products, mutton and horse meat. Yes horse meat. The early Kazakh people were nomads who relied heavily on camel and horses for transportation as well as for food. While in Kazakhstan many of the eateries were more Western in food choices, but our wonderful translator Rashaun took us to a restaurant where traditional Kazakh dishes were served. Chris was adventurous enough to try the horse meat and said that although it was a little more gamey than what he is use to, it tasted pretty good. I sadly enough wasn’t willing to try the horse meat but I did sample a number of other Kazakh dishes. 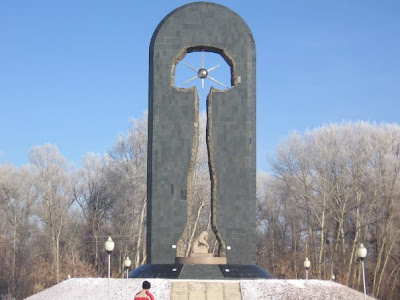 Monument built as a tribute to all those who suffered during the above ground nuclear bomb testing from the late 40's until the late 70's. The open area is in the shape of a mushroom cloud...in the center of the cloud is an atom...at the bottom of the structure is a mother and child.


One of my favorite dishes is adopted from Russian fare and it is called Piroshki. Piroshkis are similar to Eastern Europe’s Pierogies only they are filled with ground meat and onion seasoned with garlic and herbs which give it a unique flavor. I like them sautéed in butter and served with sour cream. They are, without a doubt, my daughter’s absolute favorite dish! 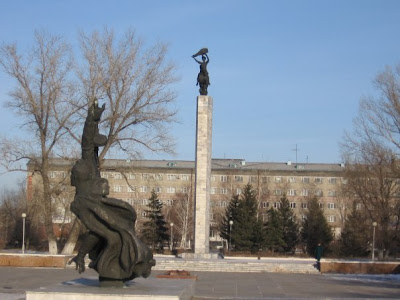 Statue in Victory Park right across from our hotel in Semey, Kazakhstan


If you would like more information about our time in Kazakhstan and our adoption experience, please go to www.curranco.blogspot.com. 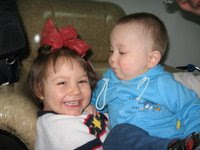