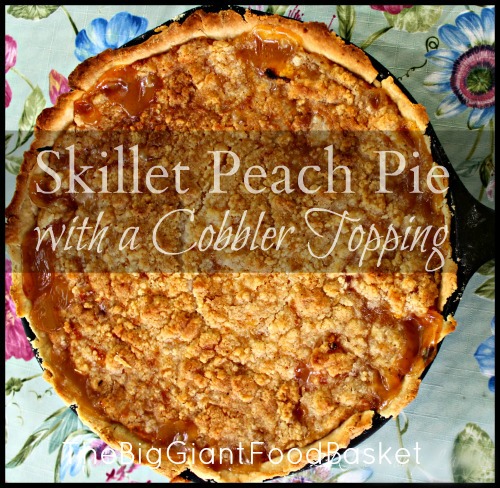 One of the things Michael and Grace have been bugging me to make is peach pie, but personally I have been a hankering for peach cobbler. So I thought why not combine the two recipe concepts, and while I am at it, why not bake the pie in a skillet which is a trend I have been seeing in all of the foodie magazines. 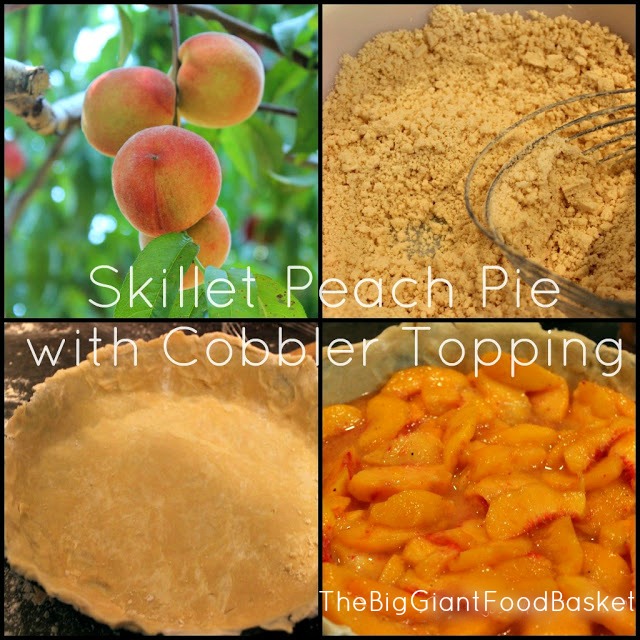 I began by making a simple crust using the old faithful single pie crust recipe from my Better Homes and Gardens "New Cookbook" circa 1988.

Mix flour and salt in large bowl. Add the shortening and blend it with a pastry blender until the mixture looks like it's formed into small peas. (This will mean that your shortening is evenly distributed through the flour.) Add the water to the flour mixture, form ball, and then roll it out on wax paper covered with flour. Make sure you handle the dough as little as possible, this will ensure a flaky crust. (Thank you for this tip Ms. Mannis, my junior high school Home Economics teacher!)

Roll out your dough and flip into a 8 inch skillet. I did prepare the skillet by spraying cooking spray to cover it.

(Or if you prefer, you could use a frozen pie crust) 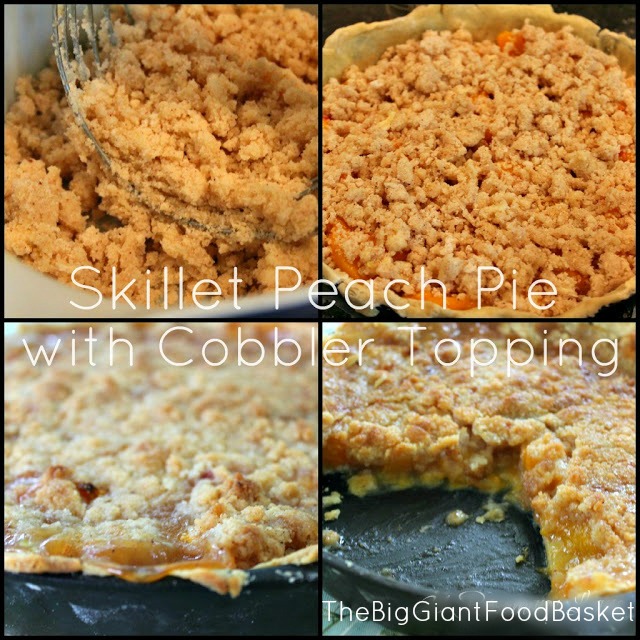 Next is to make the filling...
For the pie filling I used about 3 1/2 lbs. of peeled and sliced fresh peaches. They were tossed with 1 tsp of vanilla and 1/2 tsp. of nutmeg along with 1/2 cup of both sugar and flour and a T of lemon juice.

Pour the peaches and their juices into the prepared crust.

For the topping...
I blended with a pastry blender: 1 cup of all-purpose flour with 1/2 cup of sugar, 1/2 tsp. of both cinnamon and nutmeg and a 1/4 cup butter. I then dropped the topping over the peaches to cover.

The pie was baked in an oven preheated to 425 degrees F for about 50 minutes or until the topping was golden and the peaches were bubbling through the top. 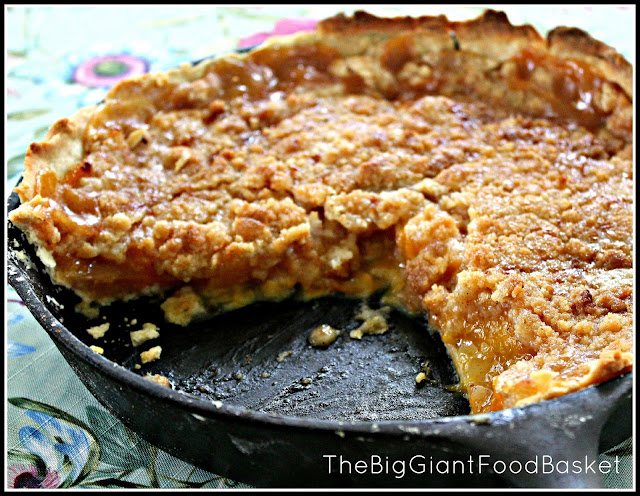 Remove from oven and allow pie to cool slightly before cutting. Serve with vanilla ice cream or whipped topping!